Reporting on Violence as a Public Health Issue: An AHCJ Summit 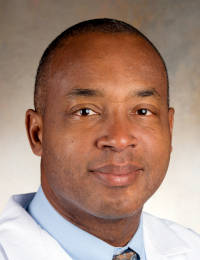 Fatal shootings are often framed as the inevitable result of social conflict. What if journalists instead covered it as a public health issue, akin to a disease that’s curable, and even preventable, with evidence-based treatments? This panel of journalists will discuss the racial and economic drivers of gun violence and how to incorporate solutions into coverage while also handling the pressure to produce stories that align with the traditional expectations of the “crime beat.”

Whether you’re new to reporting on gun violence or have been at it for a while, chances are you've made some assumptions or hold some beliefs that are wrong. This session will help set the record straight and highlight available resources for data and expertise on the topics of guns and gun-related deaths.

Red flag laws, also known as extreme risk protection orders, have created legal mechanisms to temporarily remove guns from people at risk for hurting themselves or others. Yet, questions are often raised in the wake of shooting violence, including most recently in Highland Park, Ill., about why the laws are not deployed more often. This panel will explore where the laws exist, how they are used and whether systems can be improved to increase their use, with input from researchers and mental health professionals who provide crisis response and care.

What happens when a community pulls together to change the way gun violence is reported and reduce the violence? 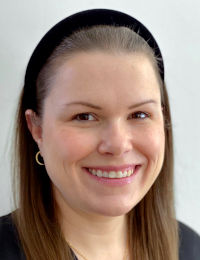 Growing up in a community with persistent violence, from gunfire to poverty, takes a toll on the way people live and see themselves in the world. The toll is significant, whether a person is directly impacted by violence or a witness to it. This panel will take a wide lens and help journalists understand how to look not just at what’s happening in a community but at systemic issues that are contributing to chronic violence.

Research shows that guns increase the risk of suicide, homicide, and unintentional injury. Yet gun sales are surging, primarily fueled by the belief that gun ownership is a risk worth taking. This panel will explore how attitudes toward the state of society spur people to buy guns more than actual threats to their lives; the role of guns in an American identity that’s increasingly being viewed as “under threat” because of shifting demographics; and how we can better understand the way gun owners perceive risk.

Federal data show that more than 50% of firearm deaths are suicides, and gun violence is the No. 1 cause of mortality among American children and teens. Many U.S. physicians who want to address firearm safety with their patients can’t because of laws that prohibit them from doing so. In this panel, frontline physicians who see the short- and long-term effects of gun violence will discuss why clinicians, including emergency trauma surgeons, pediatricians and primary care doctors, play a critical role in preventing firearm injuries and death. They will also discuss the legal and professional risks many of their peers face in bringing up the topic with patients and share resources that address gun violence as a public health issue.

Emergent care can be seen as the form of care furthest from preventive medicine. But it’s also the starting point for an approach to reducing violence that is gaining traction. Hospital-based violence intervention looks to help victims of violence reduce the odds of perpetrating violence themselves by providing them with more than just medical care after an incident. Hear from experts in the field about the challenges they’ve faced and the solutions they’ve found in implementing this innovative approach.

It’s one thing to discuss best practices for reporting on gun violence and prevention, but what are some concrete steps we can take to turn those ideas into newsroom policy and real outcomes? Frontline reporters and educators will discuss their efforts, the impediments they have encountered, where they have found support and their strategies for making a difference.

As awareness has grown of journalists as “first responders,” so has our understanding of the impact reporters, photojournalists, videographers and other media representatives can have on communities and survivors of violence. The work can also have a negative impact on journalists’ health. How can journalists “bear witness,” make meaning of what they see and hear in a more collaborative spirit — minimizing harm to survivors, their communities and themselves? The work of longtime Chicago Tribune reporting team Peter Nickeas (now with CNN) and Jason Wambgans will form the centerpiece of this discussion of ethics, practice and the realities of covering violence.

A shuttle bus will leave the AHCJ conference hotel promptly at 12:30 p.m. on Friday, Oct. 28 to go to the University Chicago of Medicine. A box lunch will be provided to eat on the bus. Field trip participants should expect to return to the hotel around 5 p.m.

LinkedIn
Have a LinkedIn account? Members can join the AHCJ group.

If you are already a member of AHCJ (past or present), we invite you to set up an online account to:

You will need the email address you last had on file. Not sure what that was? Please Contact us.

If not a past or present member of AHCJ, please consider applying for membership before creating an account. (see: "View Membership Information" on the right)

AHCJ members are part of a strong and vibrant community of journalists concerned with all forms of health care journalism. By working together, we can achieve our mission to maintain and enhance our industry as a whole.

Discover the benefits of AHCJ membership and join today!

All new membership applications must be reviewed and approved by AHCJ. Please allow up to one week for notification of your application status.